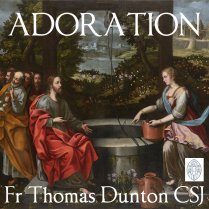 heological Perspective 2
“I was standing on the seashore, then I saw a beast emerge from the sea….. I saw one of its heads appeared to have a fatal wound but it had healed and after that the whole world had marvelled and followed the beast… then I saw a second beast emerging from the ground…. It was able to win over the people of the world the persuade them to put up a statue in honour of the beast that had been wounded…..” Fr Thomas reflects on the meaning of this passage.